Ever dreamt of living the life of a touring Pro playing in local tournaments, 2 day major national tournaments and being given VIP treatment at some of the nation’s top golf resorts? Well stop dreaming because you can, by signing up for the Golf Channel Amateur Tour, that allows you to play competitively nationwide no matter of your skill level.


I am writing this, full of nervous excitement at the airport before catching my flight down to Tampa for the tour’s first Major 2 day tournament of the 2013 season at Copperhead at Innisbrook golf resort this weekend, home of the PGATransitions Championship
﻿ 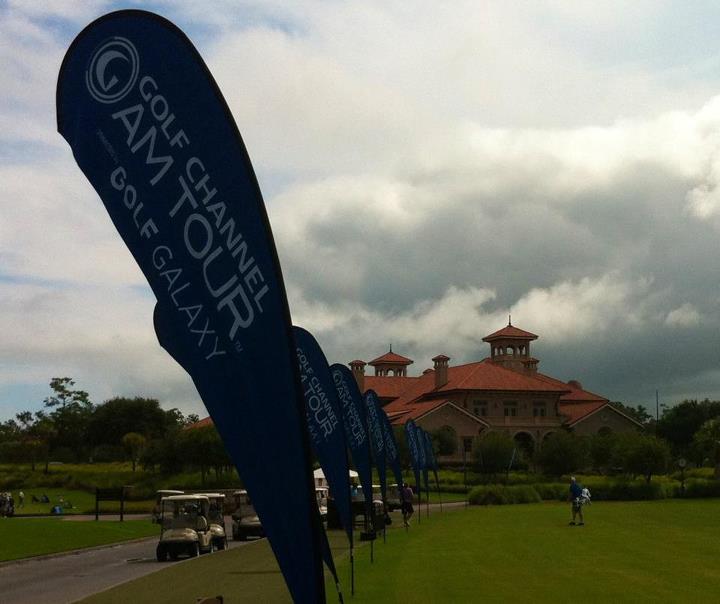 But let me warn you that these tournaments are not for the faint of heart. The nerves can cave in as you step onto the first tee after your name has been announced by the starter in front of the crowd. Unlike your Sunday four-ball with your mates; there are no “gimmes”, no mulligans, and certainly the foot wedge is not allowed out of the trees for this is not golf….This is Tournament Golf! However there is no feeling like it as you arrive at the course with the Amateur Tour flags waving and knowing the next 4.5 hours of your life is going to be super fun, but extremely pressured as you compete with your new found friends and seek to win that trophy...


The Golf Channel Amateur Tour (GCAM) is a national tour, with ‘chapters’ across the United States and Canada. We are lucky here in the NYC Metropolitan area, as we can find ourselves on a weekly basis competing in the New Jersey tour, the NYC/Hudson Valley tour, and the one I belong to, the New York Long Island Tour playing on the great golf courses across the tri-state area. As well as the local events, then the tour hosts many “Majors”. These are two day tourneys on some of the famous courses across the nation such as Copperhead, Pinehurst, PGA West and TPC Sawgrass to name but a few.


Succeed in winning three local tournaments, or positioning yourself in the top 3 in any of the majors, or finding yourself in the top third of your Order of Merit, and then you qualify for the National Championships. This is a 4 day event held at the end of the season at a prestigious location that is nothing short of an incredible experience.


All of these tournaments are organized at the upmost level of professionalism, as you would expect with the Golf Channel and Golf Galaxy associated with the tour. You really are treated like a member of the PGA tour, and by golly, you really do begin to believe it, as you find yourself surmounting even more pressure on yourself to boom it 300 yards off the tee, and sink that snake-like 20 footer!

This tour is open to all level of golfers. With 6 flights, and also senior flights for the more seasoned amongst us, then anyone of us has a chance of winning if we can keep nerves of steel and produce fewer mistakes than our competitors. Fear not of sandbaggers out there either. The organizers are quick to find them and bump them up to the next level before you can call them a ‘bandit’


Since joining the tour in the latter half of 2010, then I have found my game improving considerably. Yes, I will be the first to admit, that the nerves got to me to begin with. I have choked; I have walked off the course in disappointment. However, once you have learned to control these emotions, then it really is a sure fire way to enhance your focus and game. I started off within the “Hogan” flight (8.0 – 11.9 Handicap) and after enjoying a few successes in 2011, then I have been playing this year in the Palmer flight (4.0-7.9 Handicap). Now with the additional drive to be competitive at this level, then I know I will be playing better than I ever did before.


Finally, let me mention the camaraderie on this tour. Never have I ever met such a friendly, great bunch of guys. We come from all walks of life, and if nothing else, then the tour has given me the opportunity to socialize, and hang out with fantastic people that I would never have met if it wasn’t for the GCAM tour.


Everyone is incredibly supportive of each other with numerous texts and well wishes as you compete which really is a great feeling.


So, if you want to improve your game, play some fantastic courses, taste the experience of what it must feel like to be a Pro, and meet some brilliant people then sign up today. Good luck, and I hope to see you out there!!

To sign up, check out the link below
http://gcamtour.com/

The Marine Park Golf Course situated in southern Brooklyn is quickly becoming one of my favorite public New York City (NYC) Metro Golf Courses for many reasons. Located on Jamaica Bay, the Marine Park Golf Course offers a challenge for golfers at varying skill levels. The course offers nice and wide fairways with little trouble off the tee and as a result, driving accuracy is not a major contributing factor to low scores. This allows the track to be enjoyed by the recreational golfer who need not be fearful of losing golf ball after golf ball and keeps the pace of play of the course to a comfortable level. However, let me not lead you into a false sense of security by saying this course is easy. Like many links style courses, the strong winds coming off the bay, the long yardages of many of the holes especially off the back tees, and the heavily undulating greens are still going to challenge you to make a reasonably good score.

It can be clearly seen that a lot of financial and emotional investment has been thrown into the course over the last six months and this enthusiasm is now slowly paying off. Over the winter 2012, the course was under a great deal of construction to build large mounds alongside many of the fairways and repairs to some of the tee boxes. Some of these modifications are still in the works, but do not have an impact to the current playability of the course. Once completed and the fescue has fully grown on these mounds, then some of the holes will become a little bit tighter than the ones we enjoy today which will add positively to the courses design. The operators of the club have a 2-3 year plan to continue to work on the course design, maintenance and numerous facility ideas to make Marine Park the “Go-To” course for the NYC Golfer.

The greens are certainly one aspect of the course that do not need changing. They are in immaculate condition and in my honest opinion are the nicest, smoothest running greens I have seen in the local area both on Private and Publically owned courses. They are fast too! To score well you need to make sure you are below the hole for birdie chances otherwise, you will find yourself 3-putting more times than not! The staff of Marine Park are very proud of their greens, and they have every right to be!

Marine Park boasts a great practice area. Their Putting Greens and Chipping Greens are well worth visiting before a round so you can be accustomed to the speed and read of greens before heading out. Although the operators are aware that the bunkers are in need of repair on many of the holes and they are on the list of future projects then the practice bunker is also worth a visit to hone in on your feel escaping the sandy/soil hazards out on the course. The practice range is also very well-manicured, but unfortunately due to a lack of distance it is an irons-only facility. I very much hope that there is a future plan to extend the range, as the driver is your main club for most of the holes on this lengthy course.
As well as the usual golf clinics, private golf lessons and a junior academy, Marine Park is also now equipped with the latest technology in golf swing and ball fight analysis… TrackMan. TrackMan has been made popular and seen through the Golf Channel TV coverage that use the technology to show the PGA professionals ball flight on screen. The mechanics of TrackMan have been adopted from the US Department of Defense Missile technology. TrackMan will identify your golf patterns so you will understand what happens in your unique golf swing. Real-time assessment/feedback will assist with your ball going longer, higher and further with each club.

To summarize then, Marine Park Golf Course is fast becoming a fantastic NYC Golf facility. At my last visit the staff were incredibly friendly and accommodated our every want and whim. Throughout the round, it was great to see numerous player ‘s assistants surveying the course to ensure a great pace of play. We managed to complete our round in less than 4.5 hours on a Saturday which is unheard of for a city course. The course is slowly but surely improving, and considering the state of this course a few years ago and where it is now, then I am excited to see where it will be in the future. I will definitely be keeping a close eye on the progress and will be playing this course often in the meantime. With all this said then, I hope you see why this is one of my favorite NYC city owned golf courses…As always, you can book all your tee times through EatSleepGolf-GolfNow Online Tee Time Booking system.

McIlroy’s new deal is estimated to be worth at least $200 million, and possibly as much as $250 million, over 10 years, according to the report.

The news comes after Titleist and McIlroy announced earlier this week that the world's No. 1 ranked golfer would not renew a deal. FoxSports.com also is reporting that McIlroy has already filmed his first Nike television commercial, which Nike plans to air next year. The commercial also will feature Tiger Woods, who appears to have helped in the recruiting of McIlroy to Nike.

The commercial will feature McIlroy and Woods “bantering” and “marveling” while hitting Nike’s new red driver, according to the report. Nick Watney and Kyle Stanley are also reported to be in the commercial.