This will be an amazing opportunity for the applicant who successfully lands this position. Conde Nast is the parent company of Golf Digest. Have a look at the details below...

Account Executive
Description
Condé Nast is renowned for provocative, influential, award winning content-across brands, across platforms, and across continents. We’re committed to attracting new talent to keep us at the top of our business. If you are looking to be part of a culture of excellence marked by journalistic integrity and superior design, we invite you to explore this career opportunity and see how your talent and aspirations might fit within Condé Nast.

The Account Manager generates advertising revenue by identifying prospects, identifying influential touch-points and contacts, developing strategic plans, preparing presentations, negotiating rates and schedules, and communicating results or problems to management. The Account Manager maintains and expands the advertising client base in a variety of categories such as: consumer electronics, business financial, food and other b2b accounts. S/he is responsible for developing and maintaining relationships with key advertising decision makers. This individual represents the company at trade shows and industry events to promote business, where appropriate, and completes all forms and processes paperwork for assigned accounts. Minimum of 3-5 years of sales experience required.

Condé Nast is home to some of the world’s most celebrated media brands. In the United States, Condé Nast publishes 18 consumer magazines, four business-to-business publications, 27 websites, and more than 50 apps for mobile and tablet devices, all of which define excellence in their categories. The company also owns Fairchild Fashion Media (FFM), whose portfolio of brands serves as the leading source of news and analysis for the global fashion community. Condé Nast has won more National Magazine Awards over the past ten years than all of its competitors combined. Visit CondéNast.com and follow us on Twitter @CondeNastCorp and @CondeNastCareer.

Duties and responsibilities may be adjusted based on years of experience.

Salary is also commensurate with experience.

Apply for this position online
Posted by Scott Stevens at 11:00 AM No comments:

Email ThisBlogThis!Share to TwitterShare to FacebookShare to Pinterest
Labels: All Posts, Jobs

Woods and McIlroy Face Off at Bethpage 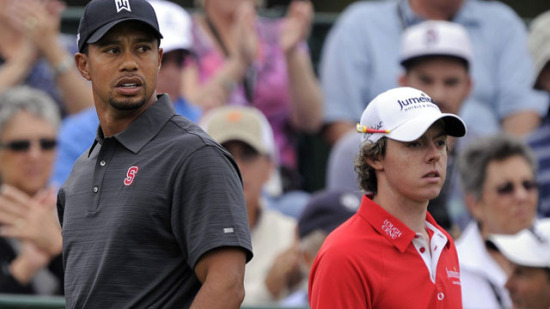 FARMINGDALE, N.Y. -- Tiger Woods and Rory McIlroy playing in the same group. Bethpage Black, a notoriously tough track on Long Island made even more famous by the two U.S. Opens it has hosted in the last decade.
As the playoffs for the FedEx Cup get under way Thursday at The Barclays, the buzz is bigger than usual.
"Playing here at Bethpage Black is incredible," said Woods, who won his second U.S. Open title on this public course in 2002. "Two U.S. Opens here, and this is all the golf course you want. It's a great venue, great fans, and just a great environment to compete at. You know, it's basically like a U.S. Open."
It doesn't look much different from three years ago, except that only a few hundred fans were at the far end of the course watching the pro-am on Wednesday. And the sun was shining, a change from the rain that interrupted the U.S. Open in 2002 and forced a Monday finish in 2009.
The course also is playing to a par 71, with the seventh hole returned to a par 5.
The Barclays is the first of four tournaments in the playoffs, when the field (125 players qualified for the opening event) gets whittled down each week until only 30 reach the Tour Championship, and the winner walks away with a $10 million bonus.
Even so, this one has a different feel.
Part of that is because of the golf course.
"The whole place is just big," said Zach Johnson, who will join Woods and McIlroy as the middle man of the top three players from the FedEx Cup standings. "I mean, the property is big. Everything about it is just big. Elevated tee shots, uphill tee shots. I think it's great. It's right out in front of you. It's not hidden. There's certain holes you've just got to get off with a great shot, starting at the tee box through the green. And that's what separates a championship course from an OK course.
Posted by Scott Stevens at 3:43 PM No comments:

Email ThisBlogThis!Share to TwitterShare to FacebookShare to Pinterest
Labels: All Posts, PGA 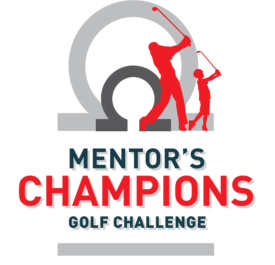 Riverhead, NY (August 7, 2012) – Boston Celtics legend Bill Russell along with Wall Street leader Geoff Boisi will host some of the greatest champions in sports, entertainment and business in the 2nd annual MENTOR’s Champions Golf Challenge on September 9 – 10 on Long Island. This exclusive two-day event will feature a Celebrity Roast of Bill Russell. The roast will be hosted by actor Samuel L. Jackson and Golf Channel’s David Feherty and will take place on the evening of September 9th. Expected participants sharing their stories of Bill include NBA greats Julius Erving, Alonzo Mourning, Football legend Jim Brown and many others.

This special celebrity-amateur competition will be held at spectacular Friar’s Head located on Long Island Sound. Friar’s Head is the 23rd rated golf course in America and 32nd in the world, and was designed by Ben Crenshaw and Bill Coore the premiere golf course design team.

“I am very proud to have many of my friends join me at our golf tournament to support mentoring,” said Bill Russell. “They are still some pretty competitive athletes but more importantly they are donating their time and effort to reconnect with the youngsters of the country and that’s what mentoring is about.”

“The MENTOR’s Champions Golf Challenge this year will take its place as the signature celebrity amateur golf event in the New York Metropolitan area,” said Geoff Boisi. “MENTOR has helped establish affiliates in 27 states around the country and impacted more than 3 million kids. Bill Russell has been a world class leader inspiring kids and the mentoring movement his entire career.”

Proceeds from the MENTOR’s Champions Golf Challenge will benefit MENTOR: The National Mentoring Partnership, the lead champion for youth mentoring in the United States, which Boisi founded with Raymond G. Chambers 20 years ago. Bill Russell has served as a Founding Board Member. In addition, the tournament will benefit MENTOR’s local affiliates: the Mentoring Partnerships of Long Island and New York City.

“To have so many leaders from finance to the sports and entertainment worlds participate with their time and financially speaks volumes about Bill Russell’s catalytic leadership and dedication to our nation’s youth,” said MENTOR President and CEO David Shapiro. “We are thrilled to have Ernst & Young and Roundtable Investment Partners return for a second year as the co-presenting sponsors as this event provides critical resources and attention for our work to expand mentoring opportunities for our nation’s youth that will widen pathways to successful adulthood.”


About MENTOR: The National Mentoring Partnership

MENTOR: The National Mentoring Partnership (MENTOR) is the lead champion for youth mentoring in the United States. MENTOR’s goal is to help children by providing a public voice, developing and delivering resources to mentoring programs nationwide, and promoting quality for mentoring through standards, cutting-edge research and state-of-the-art tools. MENTOR works closely with State Mentoring Partnerships and more than 5,000 mentoring programs and volunteer centers throughout the country, serving more than 3 million children in all 50 states. There are currently 18 million children in America who want and need a mentor, but only three million have one. MENTOR’s mission is to close the gap so that every one of those 15 million children has a caring adult in their life.www.mentoring.org.
Posted by Scott Stevens at 3:49 PM No comments: